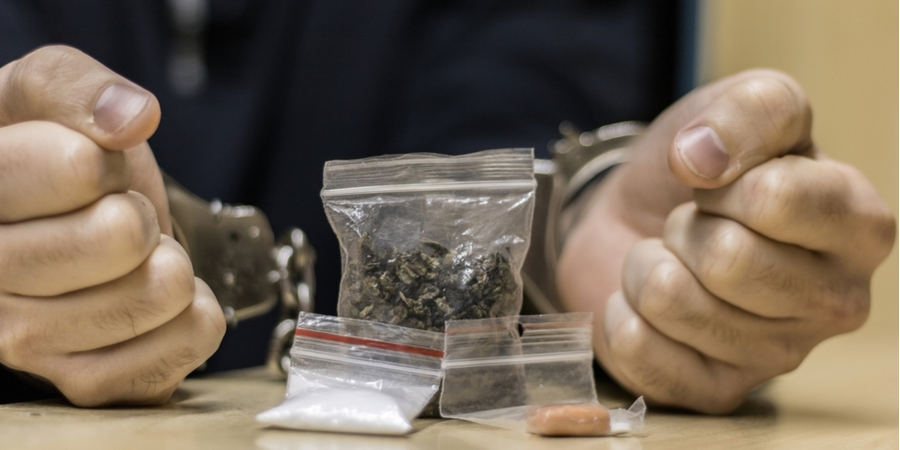 What is the Statute of Limitations on Drug Crimes?

5 months ago by Molli Meyer

Criminal prosecution in Minnesota, in any case, requires that the people involved comply with something called a “statute of limitations.”

This is a law enacted by a state legislature or Congress that bars the prosecution of a defendant beyond a certain time limit from the date the alleged offense took place.

Once the time specified by a statute of limitations has expired, then there will not be any legal action related to the alleged criminal conduct brought against the suspect or alleged offender.

The statute of limitations period starts to run on the date of the alleged offense or on the date when the offense was discovered, whichever occurs later.

There are some cases where the clock for the statute of limitations may be paused for some time and resume again afterward.

For example, where the offense is committed against a minor, the time clock on the applicable statute of limitations may be paused until the minor victim reaches legal age.

Nearly all criminal offenses are subject to a statute of limitations.

However, for more serious criminal offenses, such as murder or sexual offenses, Minnesota law allows charges to be brought against a suspect at any time, which means the suspect can be arrested even if it has been decades since they committed the offense.

Why Do We Have Statutes of Limitations?

It is understandable that a victim of a civil wrong or criminal offense will often feel as though they have been denied justice.

However, there are several reasons why the statute of limitations law exists and why it is important that it does. Some of the reasons for this include the following:

Due Process. The US constitution guarantees defendants due process of law in their prosecution under the Fifth Amendment and the right to a fair and impartial trial under the Sixth Amendment.

These guarantees ensure that defendants are not subject to unfair prosecution or other illegal action.

For example, after several years have passed, relevant evidence could be lost, and if that is the case, both the prosecutor and defendant in a criminal case may be unfairly hindered, leading to an unjust verdict.

Available Resources. The cost of investigating, arresting, trying, and incarcerating those convicted is very high in every state, and Minnesota is no exception.

Although prosecutors have prosecutorial discretion in deciding which cases to prosecute, the criminal justice system would be overwhelmed with no resources to handle the volume of cases if there was no statute of limitations.

However, with the statute of limitations, the prosecution is precluded from pursuing those cases subject to the statute – therefore freeing resources for other more recent or serious crimes.

Of particular concern when it comes to due process is relevant eyewitness testimony, especially if no formal statement was made by a witness near the time of the alleged offense.

People’s memories fade and become less reliable over time, and it is considered unreasonable to expect witnesses to be able to clearly recall details from an incident that may have occurred decades earlier.

Some challenge these justifications on the grounds that a criminal should not illicitly benefit from a delay in obtaining the evidence to convict them.

Defenders of the statutes counter that defendants are presumed innocent until they are proven guilty.

There is also a balancing potential advantage for the people in deliberately delaying prosecution until the defendant is incapable of mounting an adequate defense.

In the case of various drug crimes, the applicable statutes depend on a number of factors, including the state where the crime is being prosecuted, the home address of the defendant, and the nature of the offense.

In a state like Minnesota, where criminal defense lawyer Justin Schiks practices, the statutes of limitations for drug crimes vary depending on whether the offense is charged as a felony or misdemeanor.

For felony offenses, the statute is generally three years from the time the offense is alleged.

This means that a prosecution must commence within that period of time unless the statute is tolled for some reason.

Generally speaking, it is very rare for a prosecutor to successfully challenge a statute of limitations.

This is one of the many protections given to criminal defendants to make certain they are not put in a situation where the prosecution has been able to preserve their evidence while the defense is left with no way to prepare their case.

Evidence can be lost, memories can fade and witnesses can become unavailable for a variety of reasons.

This is why it can be considered unfair for a prosecution to commence long after the alleged offense.

Exceptions to the Statute of Limitations

Statutes of limitation can be tolled, or paused, under certain circumstances. While a statute is paused, the time that elapses is not counted against the term during which a prosecution can commence.

The most common reason a statute is tolled is if the suspect leaves the jurisdiction, or state, in which the alleged offense was committed.

In Minnesota, the time during which some evidence is tested can be grounds to toll the statute.

If a suspect or defendant is enrolled in a pre-trial diversion program, that can also be grounds for the same.

Occasionally, a legislature will lengthen or reduce the term of a statute of limitations.

However, based on a ruling by the Supreme Court in Stogner v. California, retroactive prosecution of a suspect based on altering the statute of limitations that was in effect at the time of the alleged offense was ruled unconstitutional ex-post-facto law.

Once the statute expires, even an act of the legislature cannot restore the people’s power to prosecute.

In any criminal prosecution, it is vital to have the assistance of experienced and knowledgeable counsel.

A Woodbury, MN Criminal Defense Lawyer like Justin Schiks of JS Defense can be of tremendous assistance in navigating legal issues like statutes of limitations and the various means of mounting a defense against drug charges.

What a Woodbury Criminal Defense Lawyer Can Do for You

When you contact our law firm for a consultation to help with a legal defense against serious drug charges, the first thing we do after learning and understanding the facts in your case is to establish whether your case is subject to the statute of limitations.

If it is, we will move to have the case dismissed, and if it is not, we will help you mount a vigorous defense against the charges.

Contact us today for a free consultation! For more information please visit our site. Call: 651-362-9426