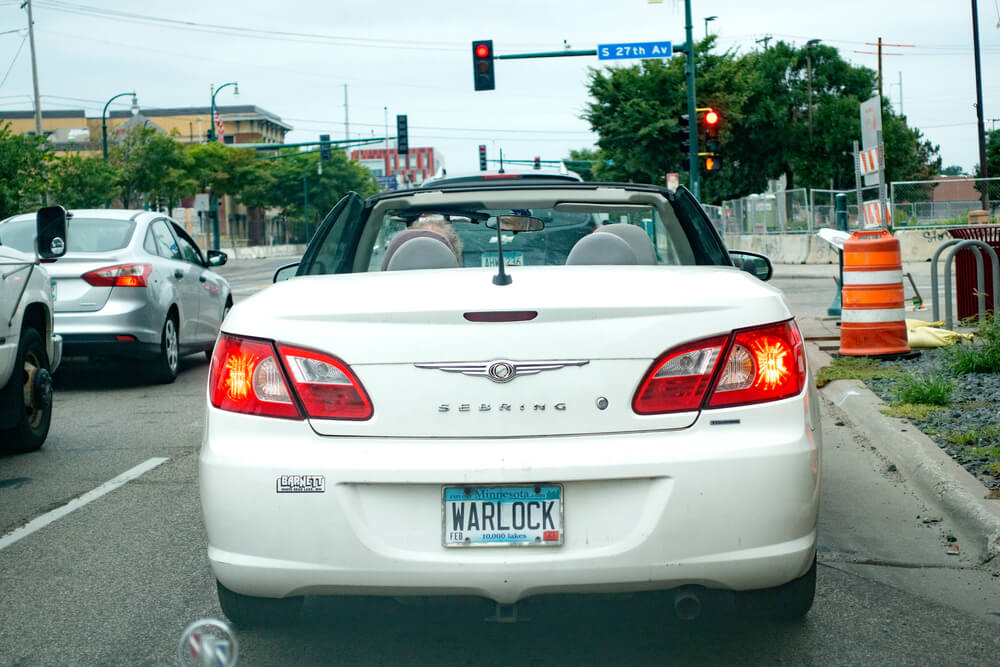 What Are Whiskey Plates in Minnesota?

2 months ago by Brian

Some states require a marker that will identify drivers with past DWI convictions. Think of a marker that is easy for many people to identify, like a Scarlet A. Well, in Minnesota, there is a way that everyone can identify drunk drivers – through “whiskey license plates.” If you are facing DUI charges in Minnesota, call JS Defense, P.A., to discuss your defense.

What are whiskey license plates?

When it comes to whiskey plates,  Minn. Stat. § 169A.60 Subd. 13. Special registration plates., it is more of a public shaming tactic than a safety effort. Drivers who have committed DUI offenses must place these special plates on their vehicles so police officers can easily identify them, which can make them a target for future unjustified stops.

The police are not permitted to pull the drivers over simply because they have these whiskey plates on their cars. Still, police officers don’t always follow the law and are more prone to stop these drivers because of their special plates.

Moreover, if you are driving your child to school or work, everyone will see that you have whiskey plates in your car. You need to avoid this whenever possible.

One of the most controversial aspects of the whiskey plates is whether the car that the driver was arrested in should be registered with whiskey plates. There are occasions when the car owner may not have known that the intoxicated driver had their vehicle. The driver may have borrowed the car without the owner’s knowledge, or the owner never expected they would drive intoxicated.

But under the whiskey plate laws, the owner would still be liable and have their car impounded.

Judges are more likely to assign whiskey plates to drivers who have committed the following violations:

Drivers who have been required to carry whiskey plates will have to carry these special plates for a minimum of one year or until the driver’s license is valid again.

When you are facing DWI charges in the Woodbury area, contact JS Defense online or by phone. Fill out our contact form to schedule your free consultation. Call: 651-362-9426